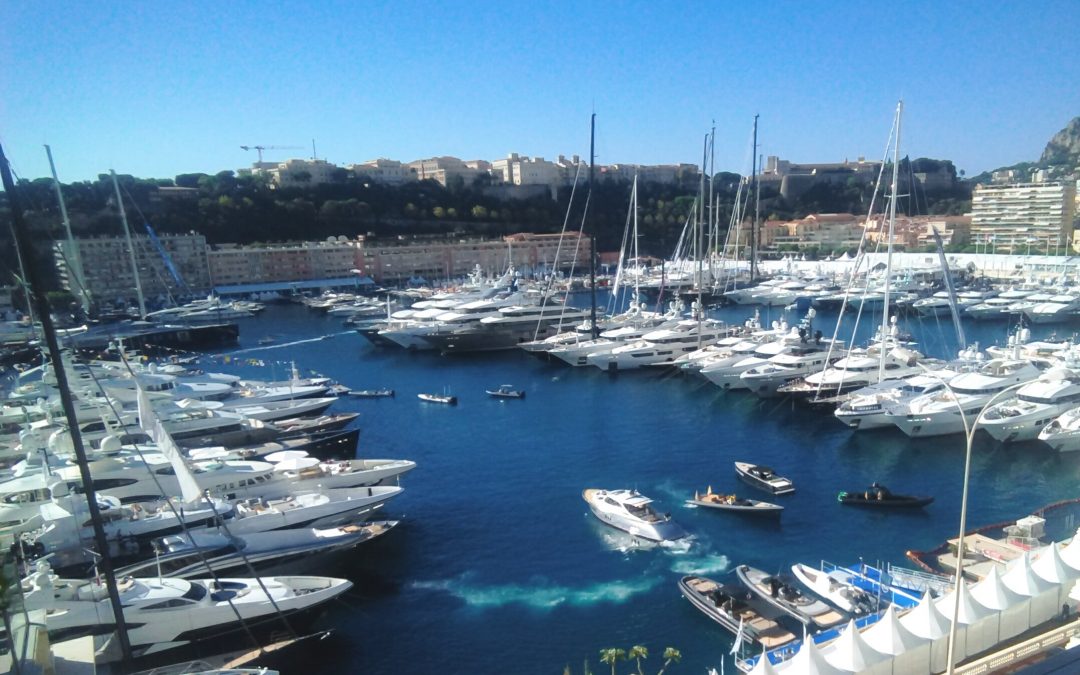 Now that the waves have settled and as the main charter season comes to an end, one might say it is the perfect time to reflect on this year’s Monaco Yacht Show.

The event was held at the prestigious Metropole Hotel and was attended by over eighty delegates including some of the most influential companies and individuals within the superyacht industry. The wide range of delegates included captains, lawyers, insurers, family offices, management companies, brokers, surveyors, technical specialists, security and cyber specialists and registries.

The event was suitably named ‘A Superyacht in Crisis’, the theme for which focused on a fictitious scenario about a superyacht, ‘M/Y Solarflare’, which was owned by a billionaire IT magnate. With celebrities on board, the yacht collided with another yacht in a marina after an unscheduled engine shutdown. This resulted in the holing of the vessel, leading to a large amount of oil leaking into the marina. In an attempt to prevent the collision a crew member was seriously injured and another crew member was tested and found to be under the influence of alcohol. It was also suspected that there was a drink and drugs culture with the crew and possibly the guests. The scenario formed the basis of the ensuing panel and audience discussions.

To set the scene, Pat Adamson and his team from media response specialists, MTI Network, presented a video of the scenario as if it was being reported by the news networks, demonstrating how a situation can quickly spiral out of control if those involved and responsible do not understand how to deal with modern day media – particularly with the involvement of a newsworthy owner and his guests together with speculation that drink and drugs may have contributed to the accident.

Delegates were given a tutorial on how to handle the media, including social media, in this type of scenario before, to their surprise, being involved in a media ambush. The ambush both demonstrated and highlighted the types of problems which can arise with little or no understanding of how to handle the press in such scenarios. The MTI team posed as reporters with microphones and cameras putting interviewees under considerable pressure to answer questions about the incident.

The event was chaired by Ken Hickling of Inserve Yachts, former President of the International Superyacht Society and Executive Committee Member of Superyacht UK, who introduced a panel of industry specialists. The panel included four Forum members, who discussed the incident and how it should be handled by all those involved from the Captain to the Crew, to the management company, the lawyers, insurers, Flag State and any emergency response organisations. There followed a lively and informative one and a half hour interactive discussion between the panel and audience.

MTI had highlighted the growing influence and invasiveness of the media, especially social media, as well as the growing problem of hacking.

This led onto a session on Cyber Security headed by three specialists from the Forum; Ian Comish, Riela Cyber Security Centre; Bryan Beesley, KPMG and Ben Hextall, OveanWeb; who discussed and emphasised the dangers and possible preventative solutions.

The final presentation was on Brexit, fronted by Paul Cawley of KPMG, who looked at how the Isle of Man and the superyacht industry might be affected.

Commenting on the event, Dick Welsh, Director of the Isle of Man Ship Registry, said: ‘This was a great turnout and tremendous exposure for the Island and its involvement in the superyacht industry.’

Ken Hickling added: The invitees list was fabulous, the panellists and attendees were knowledgeable and participated well. The programme’s focus was interesting and engaging and the additional topics broadened the scope nicely.’

Mike Dean concluded: ‘The event ran extremely well with interesting, engaging and topical subjects not usually covered in superyacht seminars. We designed and organised it to be interactive and succeeded in this objective. We have received many positive comments from the delegates and we look forward to organising our next ground breaking event in the near future.’

The event closed with a drinks and canapes networking reception in the Salon Mediterranee where all delegates were invited to visit the Isle of Man stand over the following four days of the Yacht Show.