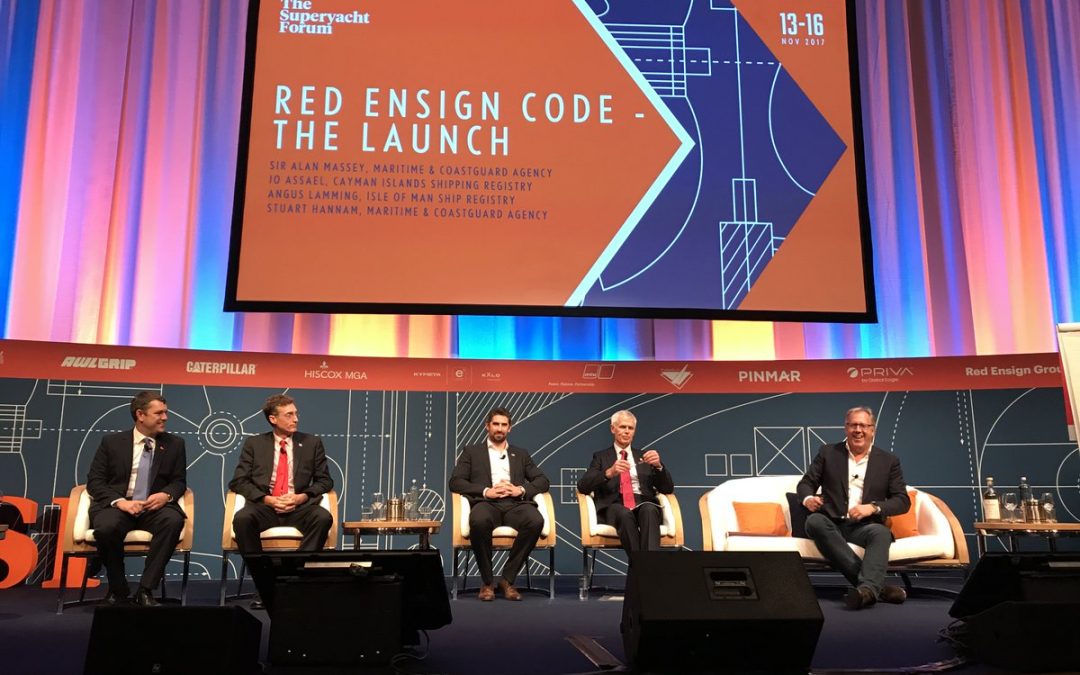 Teamwork between members of the Red Ensign Group (REG) and the industry as a whole has led to the creation of a new yacht code.

The REG Yacht Code, which was launched on the 13th November at the Global Superyacht Forum in Amsterdam has taken into account all the expertise gained across almost two decades of regulating the large yacht sector since the first version was published by the Maritime & Coastguard Agency in 1997.

In its new format, the Code is made up in two parts with common annexes – such as for over-side working systems, sailing vessels and helicopter landing areas. It will keep the familiar format of the existing REG codes while being more dynamic to industry change and development.

Work has been carried out across the REG to get the new code ready for its launch and also within the industry. One consultation alone brought in more than 700 comments as part of that active discussion with those involved with large yachts.

The new REG Code combines the existing Large Yacht Code 3 and the Passenger Yacht Code into one document and will come into force on 1 January 2019, to give the industry time to become familiar with it.

Sir Alan Massey, CEO of the Maritime & Coastguard Agency said: ‘In the superyacht sector, the Red Ensign is the flag of choice and its yacht code is the international standard for yacht construction and operation.

‘This has been an excellent example of how well the Red Ensign Group works both together as a team and also with the wider industry to make sure we continue to be that. We maintain the highest maritime safety standards but also recognise that we must take into account a changing industry.

‘This represents a lot of work over many months and includes many innovative measures to meet the specific needs of the Large Yacht Sector. The Red Ensign Group has made a point of listening to the industry to create this code and all of us will continue to listen to help support the industry to get ready for it as it comes into force.’

He said: ‘We wanted to make the code more usable and wrote in greater flexibility so that naval architects, designers and owners can get what they want out of a superyacht. It was important to make sure that we are regulating for today and not for how yachts were being built when this code first came out in 1997.

‘Although the codes remain mostly the same, we want to make sure that within this prescriptive framework, we have equivalent arrangement clauses. These support innovation and point to alternative SOLAS design routes as an alternative which would be just as safe as the prescriptive one.’